Is there really a beer that’s beneficial to your health? Read more to find out!

It’s true, out of all the different varieties of brews available, a wild ale is the healthiest beer to drink today. Through a hands-off fermentation process, these sour beers offer health benefits like stress relief as well as immune and digestive system support. Every beer lover knows the struggle of enjoying their drink of choice while also maintaining a healthy body; wild fermented ales allow you to do both. Add the latest beer trend to your brewery menu.

Health and wellness is always in style, but as every brewmaster knows, beer isn’t exactly a health potion. Welcome to wild fermented ales! Adding these delicious brews to your menu will help you stay up to date on the types of beer options your customers want! When they visit your brewery, they’ll be thrilled to find a healthy and delicious beer option.

Brewing these healthy sour beers for your customers provides them with the opportunity to taste something different; a new type of beer that is good for them! Wild fermented ales are known as the healthiest beer to drink in the world today. Additionally, the rich history behind wild ales would serve as a great addition to any brewery tours you may offer.

Even those who don’t consider themselves beer aficionados may be persuaded to taste your wild ale after learning about all the probiotic benefits. There is no other beer or alcoholic drink out there with the same type of health benefits as wild ales. These unique beverages offer you the chance to put your own spin on the flavors and brew up a healthy blend your customers will adore!

What Is A Wild Beer?

Wondering about the latest beer trend? Wild fermented ales or sour beers are known for their unique acidic flavors often described as the “funky” beer in comparison to others. Yet, the taste is strangely alluring. Their sour flavor is attributed to the wild microbes that are introduced during the brewing process.

During brewing, traditional yeast strands are swapped out for wild ones and bacteria such as pediococcus and lactobacillus (typically found in yogurt) are added to really give the beers their distinct sour flavor. The health benefits are a result of the bacteria introduced, making wild fermented ales the healthiest beer to drink. Yes, these are similar to the bacteria found in kombucha and other fermented foods that are so popular at the moment.

Wild ales are traditionally brewed in an uncontrolled, natural environment such as in the forest or near a lake (hence the word “wild’). Certain brewery owners shy away from making wild beers due to the lack of sterilization and sanitation in fermentation, but there are ways to still get the flavor safely.

This one-of-a-kind brewing process known to produce the desired sour taste has been altered over time. A more controlled process using what’s called a coolship is popular today among craft brewery specialists. During fermentation the barrel is left open, allowing the contents inside to be exposed to elements of the natural environment; this process invites strains of wild yeast and bacteria into the brew. These weirdly delicious beers take anywhere between 3 to 18 months to complete brewing. In some cases, brewers even spend years achieving the desired flavor.

The best part about sour beers is their ability to remain unique and different from each other. The taste of the ale relies largely on the types and amount of wild yeast strands and bacteria included. Every brewery has the opportunity to put their own spin on wild fermented ales as they craft and present customers with their version of the healthiest beer to drink. With so many flavor options and the added health benefits, this quirky beer will please everyone.

The History Behind Sour Beers

Traditional sour beers or wild ales originated in Belgium as lambic beers which are simply brews produced through the use of wild yeast only. These tart beers were introduced to the United States around the 1970s and quickly became a popular choice. Today, there are a variety of sour beers available from around the globe, but it’s the original Belgian lambic beers responsible for the first sour taste.

Beer was first discovered around 4,000 BC, and technically speaking any beer dating back to then was considered a wild ale. Before breweries and machinery, all beers were sour due to the uncontrolled fermentation process. Beers weren’t brewed in a sterile environment, so wild yeast and bacteria strands were naturally present in the mixture, creating the well-known sour flavors everyone enjoys today. 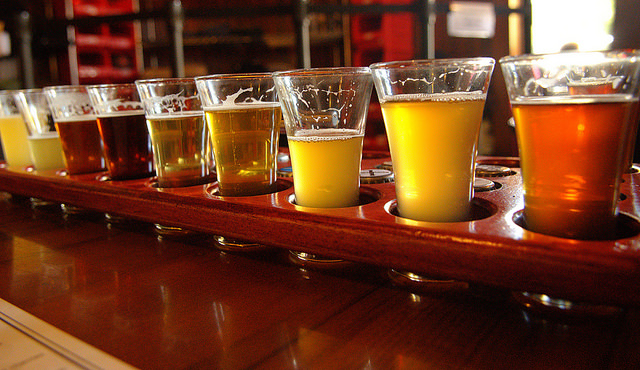 Sour craft beers offer the perfect opportunity for breweries to experiment with different tastes and ingredients. A variety of fruits and flavors can be added to offset the funkiness from the bacteria. Different breweries offer beers with a sweet and sour taste. Some breweries, on the other hand, go the traditional route with a traditional, earthy-tasting bare bones brew.

Encourage your brew master to experiment with different additions and flavors. Locally popular fruits and berries can be a nice addition to your customized wild fermented ale. Promote the health benefits and fascinating history of this brew. Customers will return for another authentic glass of wild fermented ales: the healthiest beer to drink on the market today.

What Are the Health Benefits?

Wild ales earned the reputation of being the “healthiest beer to drink” because of their similarities to kombucha, a fermented tea drink with similar bacteria and probiotic benefits. Both drinks are known for their sour taste, health benefit, and unique fermentation process.

The wild yeast strain brettanomyces is responsible for the acidic taste in the beer but it’s the types of bacteria present in the ale which qualify sour beers as being a healthy beverage option.

Pediococcus is known for its ability to relieve stress on the human body and lactobacillus acidophilus is a beneficial probiotic known to reduce cholesterol levels, prevent infections, support the digestive system and the gut. Probiotics are also said to improve the immune system preventing colds and allergies as well as improving eczema. While much of the research on probiotics is new, the benefits of incorporating these bacteria into your diet continue to grow every day.

A survey conducted in 2017 by the National Center for Complementary and Integrative Health found that 3.9 million people in the United States take some form of probiotics. People all over are thinking a lot more about their health and the types of foods/drinks they’re putting into their bodies and fermented foods (yes, including beer) are part of that trend.

Breweries can naturally address the health concerns of their customers by offering up this tasty beer that’s also good for you. Why not hop on the healthy trend and encourage customers to get their good bacteria from a nice cold beer at your brewery?

Drink Your Beer and Feel Good Too 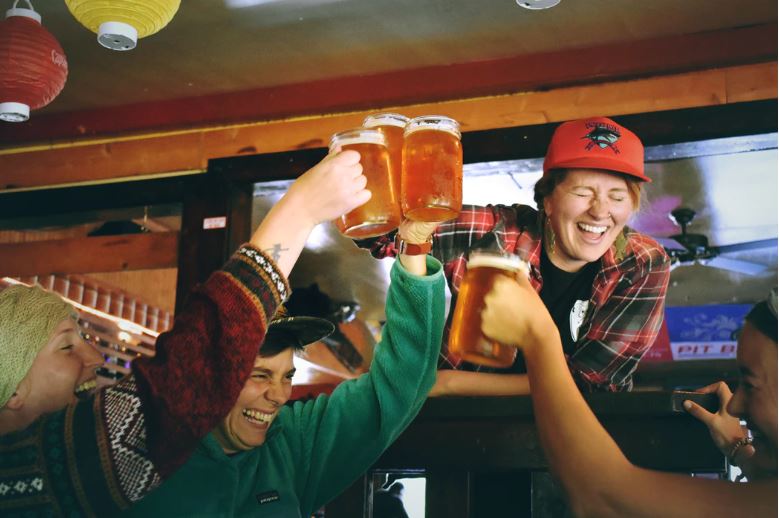 Beer is delicious, and everyone should enjoy it (within moderation of course) without feeling guilty. Wild ales are the healthiest beer to drink today and they’re also extremely tasty. Their rare qualities make them a distinctive choice and fun addition to your brewery menu.

Wild fermented sour beers offer amazing health benefits your customers will love. Think up a few new, innovative sour beer ideas, then create a night solely focused on trying different flavors of the healthiest beer to drink today. Pick a few delicious food choices to pair with the beer or maybe even some meals cooked with the wild beers themselves. Reading material or a presentation on the interesting history of wild ales and their unique brewing process would also be a great addition for patrons.

These beers provide your customers with the unique chance to drink what they want while also feeling good about it. Try brewing your own version of a wild ale and become one of the awesome breweries offering the healthiest beer to drink today. With a sour taste you can’t forget, customers will remember their first wild ale and most importantly, they’ll remember you.